The Rodon Group Marketing Team develops and manages digital and inbound marketing strategies for The Rodon Group, including The Rodon Blog, which focuses on American manufacturing, plastic injection molding, and STEM careers.
Find me on:
Facebook LinkedIn Twitter 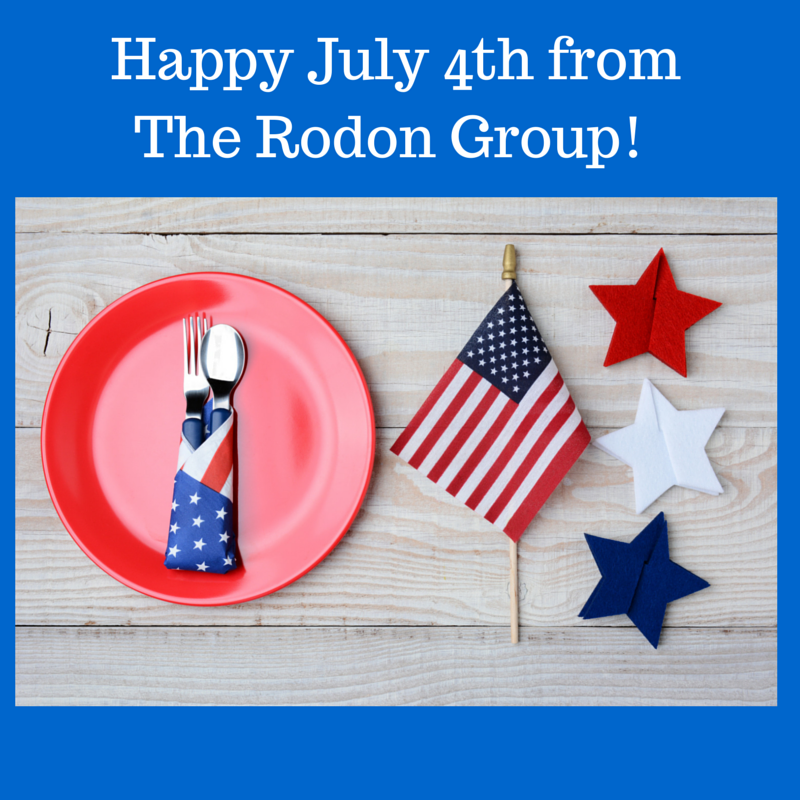 There is no better time than the Fourth of July to begin a "Buy American-made" tradition.  It's starts by checking the labels.  Nutrition labels on food tell you what contents are in a product. Country of origin labeling tells you where the contents came from and where they were assembled. With a few exceptions, the government does not require this labeling; however companies are typically proud to display their "Made in the USA" origin. More than ever, American consumers want to purchase products made here and support jobs throughout our country.

A New Slideshow - When to Use a Precision Injection Molder

With a busy holiday schedule ahead, we wanted to condense one of our more popular articles into a slide presentation for easy review.

If you are planning to manufacturer plastic parts, there is some basic information you should know about injection molding machines.  This article provides an overview of tonnage and clamping force.  We hope you find this information useful.  If you have specific questions, please do not hesitate to contact us. 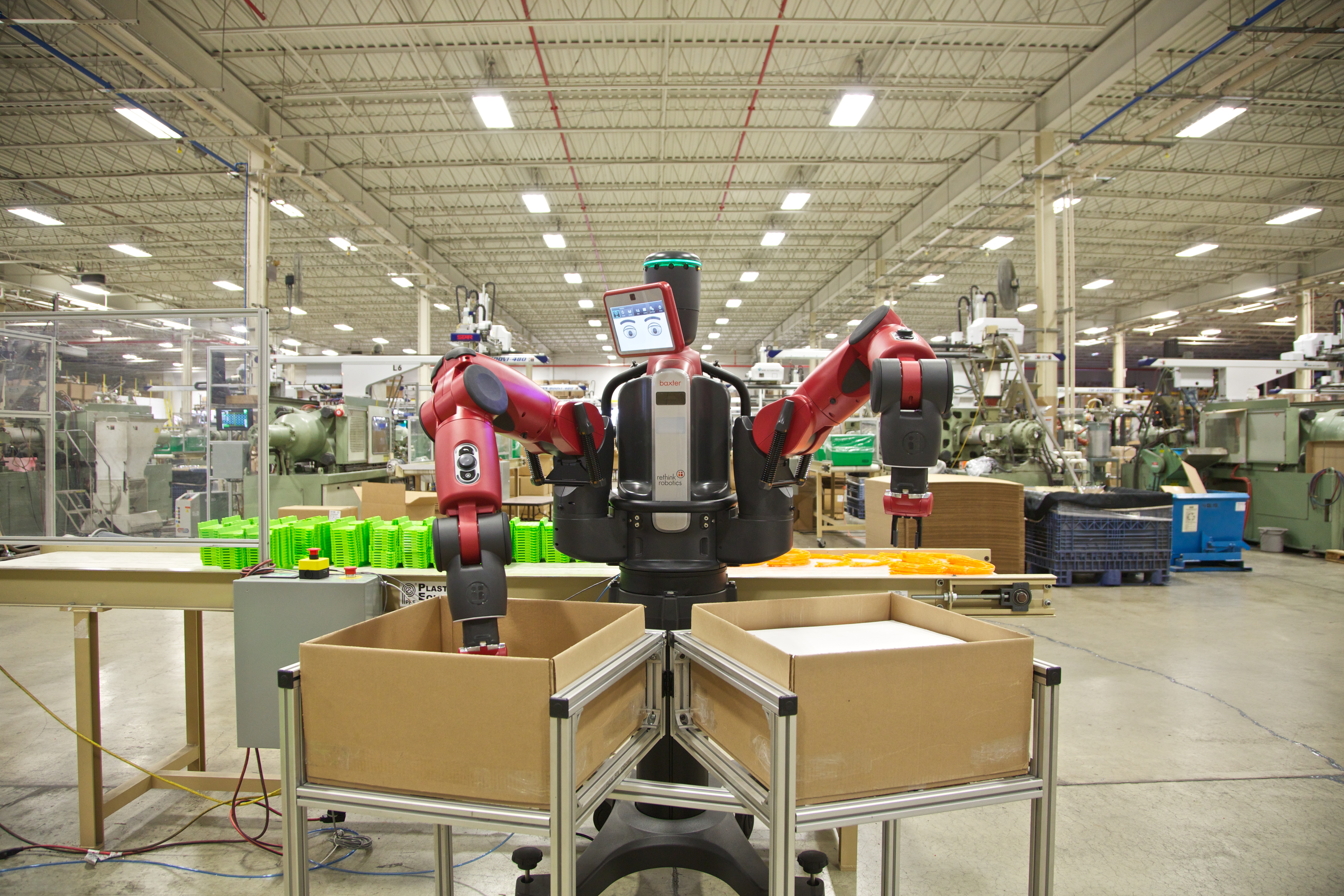 The world is full of creative people with creative ideas, but sometimes they lack the knowledge needed to bring those ideas to fruition. Crowdsourcing websites like Kickstarter and Quirky can help entrepreneurs refine their products and raise capital but what happens when these designers and engineers want to take their ideas to market?  They need to determine the processes required to manufacturer their invention.

We are not the only ones who are proud to participate in Manufacturing Day.  Since its inception in 2012, the number of participating manufacturers has grown from 200 to nearly 1,500.   American manufacturers throughout the country are going to open their doors this year for tours, presentations, training and more.  In fact, there are 68 tours in Pennsylvania alone.

On August 14th, Walmart executives joined with state officials to help connect U.S. manufacturers and suppliers with buyers and government resources.  This summit is just one facet of Walmart’s strategic plan to increase U.S. made products in their stores by $250 billion dollars over the next ten years.  The Boston Consulting Group estimates this commitment will create 1 million jobs.

In July, Walmart invited more than 500 manufacturers and entrepreneurs to their headquarters in Bentonville, Arkansas for an “Open Call” event.  Visiting businesses had the opportunity to meet with Walmart buyers and pitch their products.  Several  participants walked away with a sale to Walmart stores.

During the August U.S. Manufacturing Summit, President and CEO of K'NEX Brands and The Rodon Group, Michael Araten, was joined by fellow manufacturing President and CEO of Weber Grills, Jim Stephens for a conversation on what it takes to manufacturer in America and do business with Walmart. Michael Araten describes our company’s commitment to making K’NEX construction toys in the U.S. as “Patriotic Capitalism.”  “It started in the depths of the great depression. We wanted to keep jobs here.  The only way to save our people was to re-shore manufacturing” stated Araten. “We hoped and believed people would care where products are made. There is no bigger, no better brand than Made in America.”

The Rodon Group has been investing in robotics since the beginning of the century.  Due to these technological advances, Rodon is able to make machine operators efficient enough to run 15 machines each, through automated delivery of the parts by use of robotics. Every machine has a robot on it, either a robotic picker or a full-blown servo-robot. Every machine counts the parts as they are made and when the box is full, an automated conveyor indexes the box out of the way and installs an empty box in its place. This occurs across all 117 machines without human intervention.

Don Rongione, Founder of American Made Matters, responds to writer of article titled ‘Medals, not uniforms, are what matters’

Your article entitled “Medals, not uniforms, are what matters” that was published in a local newspaper, The Reading Eagle, on August 4, 2012 hits home and deserves a response.

Your conclusion that the medal count is the “measure that matters” displays an ignorance of the process of winning these medals.

Training athletes takes development of physical and mental talent. That training requires commitment, hard work, determination, coaching and financial support from families and/or sponsors and governments. When the family pays the way, these financial sacrifices are substantial. It takes jobs and wealth to handle the financial requirements.

Our country’s financial wealth has come largely from industry where jobs provide for the pursuit of life opportunities sometimes called “the American Dream.”

Every manufacturing job creates 4 to 5 residual jobs which is more than three times as powerful as other sectors of our economy, like the service industry.

Some Americans and elected officials have favored “free trade” and bought the lowest cost items without considering the impact on manufacturing jobs, wealth, communities, our economy and (less important things like) winning medals.

Your theory that not many jobs would have been impacted if the U.S. uniforms had been made by American manufacturers misses the point. Like it or not, we need a strong manufacturing sector to be a world leader and some of our citizens are thankfully now realizing this.

It is too late for some industries. The making of clothing is on the brink. Some of us are hanging on. Suggesting that it does not matter is sad and short sighted.

Still not convinced? You write that medals are what matters and you acknowledged that most of your clothes are made in China. The U.S. trade deficit with China in 1985 was only $6 million. In the 1984 Summer Olympic Games, China won 32 medals to 174 for the U.S., so we had nearly 5.5 times more medals. Last year our trade deficit with China was $295 billion. Check the medal count at the end of these games. American Made Matters!