On June 17th, the White House hosted a summer forum titled “Reinvesting in America, Creating Jobs at Home.”  This program is part of a larger initiative called SelectUSA, which focuses on the many advantages the U.S. has to offer businesses both foreign and domestic.  The White House along with business leaders and economists gathered to discuss the importance of innovations and entrepreneurship in growing our economy. The agenda featured speakers from government and industry including our own President and CEO, Michael Araten.

Here are Michael Araten’s impressions of the event.

“Over 300 private and public sector experts met today in our nation’s capital to highlight the renaissance for American manufacturing. Secretary of Commerce Penny Pritzker, officially opened the meeting and made it clear that America is "open for business!"  The federal government has established Select USA as the sole point of contact for companies looking to expand and invest in the USA.

Pritzker was followed by the nation's leading economists and consultants on the re-shoring trend. They demonstrated that when companies take a holistic look at total cost of a stretched supply chain, the savings overseas have to be near 30% to make sense. Given the energy boom in the USA, our stable legal and financial systems and a flexible workforce, re-shoring is working and will only expand. It also helps that the USA is the World's largest consumer market.

Walmart reaffirmed their commitment to made in the USA and announced that their second summit in August will focus on helping their vendors compete their supply chain. For example, we are looking for someone to make toy motors that are competitively priced, reliable and in good supply. Walmart gave the example of a candle supplier looking for a tin lid manufacturer.

I was fortunate to have the opportunity to speak about our story and how we rebuilt our domestic supply chain. I also spoke on the importance of STEM education and investing in our youth so we have the talent pipeline we will need by the end of this decade. Finally, I outlined our support for the America Star Program and how clear and consistent labeling on all packages will create a virtuous cycle. When consumers know products are made here (and in what percentages) they pick them every time.  It was an honor to be in the Capitol and address these vital challenges.

I came away more optimistic than ever about the future of American Manufacturing. With the powerful combination of American innovation, stem education and good public policy, we have a bright future ahead."

Here is the official recap of the day’s events from the White House blog.

“Today at the White House, President Obama enjoyed the company of a 17-foot robotic giraffe; a 128-square-foot, portable “tiny house”; a 3D pancake printer; a giant red weather balloon; and more than 30 other inspiring and creative inventions brought to 1600 Pennsylvania Avenue by more than 100 students, entrepreneurs, engineers, and researchers from 25 states — all of whom love to “Make” stuff.

At the first-ever White House Maker Faire, the President also announced a host of new steps to spur manufacturing, innovation, and entrepreneurship by increasing the ability of more Americans, young and old, to have access to tools and techniques that can bring their ideas to life.

The day was a celebration of all things built-by-hand and designed-by-ingenuity — highlighting the role of cutting-edge equipment like 3D printers, laser-cutters, easy-to-use design software, and desktop machine tools in empowering everyday Americans to create and achieve almost anything.

These Makers took the White House by storm, demoing designs built with cutting-edge tools and technologies and sharing the inspiring stories that motivated them to Make. Mark Roth, for instance, explained that he used skills picked up at a San Francisco TechShop to beat homelessness and launch his own laser-cutting business. And Jane Chen showcased her low-cost newborn incubator, “Embrace,” which has already touched the lives of more than 50,000 babies around the world.

President Obama also declared the day — June 18 — a National Day of Making, encouraging dreamers across the country to become Makers of things, not just consumers of things, and calling upon Americans in every corner of the nation to host programs and activities to mentor and empower a new generation of pioneers in design, manufacturing, and engineering.

And in a direct message to the inventors in the room, President Obama said: “Your projects are examples of a revolution that’s taking place in American manufacturing -- a revolution that can help us create new jobs and industries for decades to come.”

All of this focus and support seems to be working.  The month of June 2014 is reported to be the best for manufacturing expansion since 2010.  We know the momentum is gathering.  It is up to all of us, business leaders, government, entrepreneurs and consumers to support our manufacturing base.

Topics: American Manufacturing and Products, Made in America 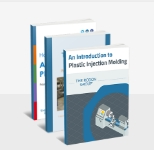