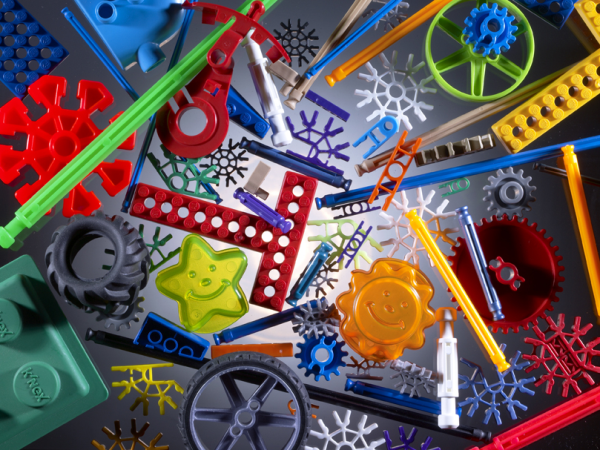 Hatfield, PA – May, 2012 – K’NEX, the only US construction toy company focused on Building Worlds Kids Love™, and its sister company, the Rodon Group, are honored to announce that they have been named a 2012 SmartCEO 100 Best-Run Company, a program run by SmartCEO magazine. One hundred companies that have experienced consistent growth and are leaders in their industries are awarded this prestigious accolade.

In business since 1956, The Rodon Group makes billions of parts each year in its 125,000 square foot facility, including manufacturing over 30 billion parts since 1992 for the K’NEX building toy system. With over 105 injection molding presses, Rodon is one of the largest family-owned and operated injection molders in the United States. 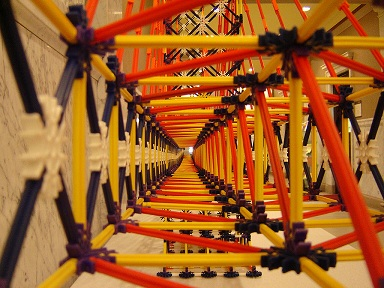 A toy that’s “Made in the U.S.A.”? These days, that might sound like a contradiction in terms, what with so many playthings produced in Asia. Yet, it turns out that one of the most innovative, stimulating, and just plain fun toys in the stores is just that - made in America, with pride, unmatched quality, and total commitment to environmental responsibility, no less.

It’s K’NEX, a construction system comprising hundreds of different building blocks that children of all ages can use to create everything from fully-functional robots to model racetracks to working roller-coasters to ... well, you name it. And every single K’NEX rod, connector and brick - some  30 Billion  - have been manufactured in Hatfield, Pennsylvania, just north of Philadelphia. They then travel to over 40 different countries around the world as the various K'NEX construction systems.

This marriage of fun and function started more than 50 years ago when The Rodon Group was founded as a company specializing in a manufacturing process called plastic injection molding. Injection molding was hardly new back then - it actually dates to the 19th century - but Rodon’s founders saw an opportunity to take the process to another level - to make it much easier, that is, to create large quantities of even extra-small parts with unheard-of quality. Until then, the small injection-molded parts were plagued by a host of flaws - bubbles in the plastic, imperfect shapes, and so forth - which greatly limited the yield, or portion of usable parts, in every manufacturing batch. That kept prices high and applications limited. 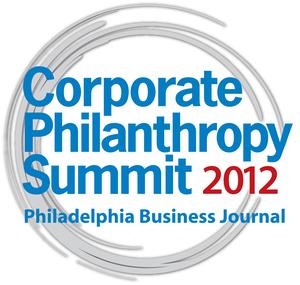 Michael Araten, President and CEO of The Rodon Group and K’NEX Brands will join the Philadelphia Business Journal’s Philanthropy Summit: Meet the Champions of Charity held on April 26, 2012 in Philadelphia, PA.  Philadelphia Business Journal and presenting sponsor Wells Fargo convene with the region's leading business and civic leaders to share best practices about philanthropy and community engagement.  The summit’s keynote message will be by Shane Victorino, MLB Player, Philadelphia Phillies and Founder of The Shane Victorino Foundation.  The Shane Victorino Foundation is dedicated to promoting opportunities for under-served youth by engaging in projects which provide children with educational, recreational and wellness programs. 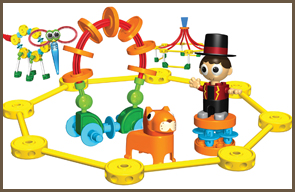 K’Nex, a maker of innovative toy construction sets, has teamed up with Hasbro Inc. to reinvent the Tinkertoy, known for providing generations of children with hours of building fun.

“We realized how much people through the years have loved Tinkertoy and how it fosters open-ended, imaginative play,” said Michael Araten, president of K’Nex Brands LP and its sister company, Rodon Group, a custom injection molder.

For years, K’Nex has created construction sets, including roller coasters and many others, for children 6 and older. But a few years ago, the company recognized that younger children might want to build similar items but would need fewer pieces and bigger parts. “Tinkertoy was appealing to us for this reason,” Araten said in a phone interview.

In the same way that K’Nex partnered with Hasbro in 1999 to market the classic wood toy Lincoln Logs, the two companies recently announced the licensing partnership for K’Nex to produce the modern-day, primarily polypropylene Tinkertoy.

“We thought this was a nice combination — to now offer two nostalgic toys,” he said. 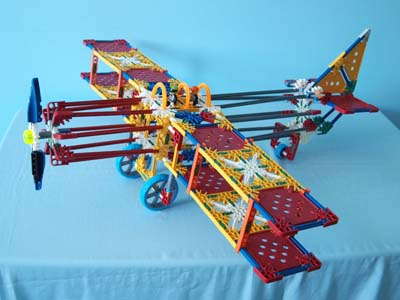 K’NEX Brands, the only U.S. construction toy company focused on Building Worlds Kids Love™, has chosen the winners of its 2012 K’NEXpert Search. The nationwide search asks kids ages 5-12 to submit original designs made entirely out of K’NEX pieces. This year, for the first time, three creative kids were awarded $20,000 savings bonds for college in celebration of the upcoming K’NEX 20th anniversary in 2012.

The three Grand Prize winners and seven finalists were chosen from three age categories.  As Grand Prize winners, Andy from Waterloo, ON, Canada (5-6 year-old age group); Andrew from Glenmoore, PA (7-8 year-old age group) and Josef from Plano, TX (9-12 year-old age group) will each be awarded a $20,000 Series EE U.S. Savings Bond to be used for their education. The seven finalists, who will each be awarded $1,000 Series EE Savings Bonds, are: Jessica, age 5, from Plano, TX; Reilly, age 6, from Slidell, LA; Rachael, age 8, from Garland, TX; Alex, age 8, from Waterloo, ON, Canada; Judd, age 11, from Ottawa, ON, Canada; Melissa, age 10, from Plano, TX; and Evan, age 12, from Huxley, IA.

“The K’NEXpert contest is the highlight of our year,” said Araten. “K’NEX fans consistently surpass our expectations with their creativity and innovation, building elaborate works of art that wow even our toy designers. We’re proud to have the current winners represent K’NEX during our 20th anniversary year.” he said.

One of those works of art is the Bowser’s Big K’NEX Castle built by 9-year-old Josef. Josef was quite the architect when he designed and built this huge replica of Bowser’s Castle from the Mario Kart video game entirely from K’NEX.

K’NEX Donates Building Sets to 'Toys for the North' Charity

K’NEX Brands, the only U.S. construction toy company focused on Building Worlds Kids Love™, donated more than $6,000 worth of building sets to “Toys for the North”.

K’NEX Brands, the only U.S. construction company focused on Building Worlds Kids Love™, donated more than $6,000 worth of building sets to “Toys for the North”. This charity was started for one purpose – to provide children in some of the most remote and poorest areas of northern Canada with toys they may not otherwise get for the holidays.
“Every child deserves to have a happy and fun-filled holiday season”, said K’NEX President CEO Michael Aratan, “and we are thrilled to be able to help provide even just a little bit of it to these children.”

With the help of K’NEX and other Canadian Toy Association members, the total has reached $80,000 and is continuing to grow. The toys will be wrapped and delivered by Royal Canadian Mounted Police using snowmobiles, sleds, ATVs, and any other means of transportation to reach families in even the most remote areas. 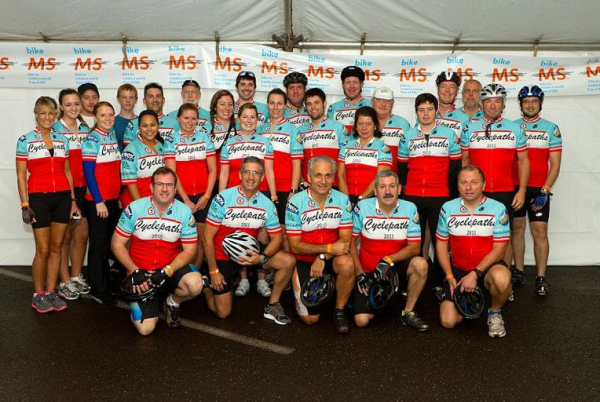 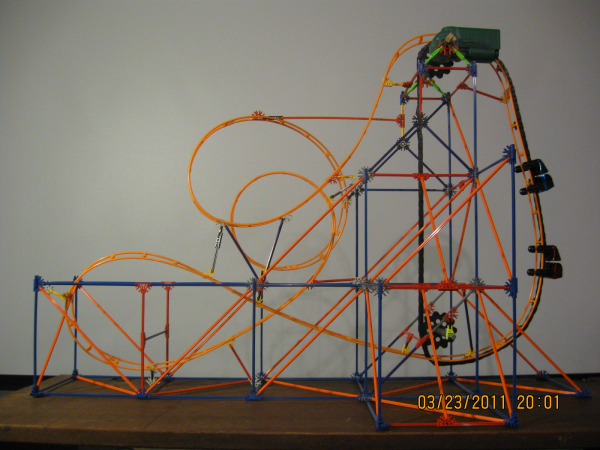 School groups grades 6 through 12 are challenged to build the most innovative and thrilling amusement park ride model using only K’NEX pieces. A select group of K’NEX designers and Cedar Point ride engineers and officials will choose five winners to exhibit their creations at Cedar Point during Math & Science Week and remain on display throughout the park’s 2012 operating season. Additional prizes include K’NEX building sets, online store credit codes, and Cedar Point tickets.

In its inaugural year, the contest generated submissions from across the nation including California and New Jersey. The five winning schools represented three different states: Ohio, Pennsylvania and New Jersey. Courtney Washington, the teacher of the winning classroom from Glenfield Middle School in Montclair, N.J., traveled more than 500 miles to see her students’ work on display. Washington even received a letter of recognition from President Barack Obama honoring the work she has done with her class.