American Made Plastic Parts in Your Home/Business

Many products that are a part of everyday life go unnoticed, either because they are components of larger items or they are so commonly used that little thought is given to their existence.  Items manufactured by plastic injection molding often fall into this category.  Without them however, life would be void of a number of modern conveniences.

By looking around at home or business, one can better understand and appreciate the items that exist because of the injection molding process.   Screwdriver handles, tool box casters, and plastic fasteners are likely to be found in the average garage.  Appliances and plumbing systems normally include plastic components that are not seen.  Visible items include toys, eyeglass cases, handles, and knobs.  The list could go on and on but enough examples are given here to illustrate the point.

"Made in the USA, The 30 Day Journey" movie was officially released on Tuesday, April 16th.  The Rodon Group and K’NEX Brands have supported this effort and the work of Josh Miller, film director, since the project’s inception. 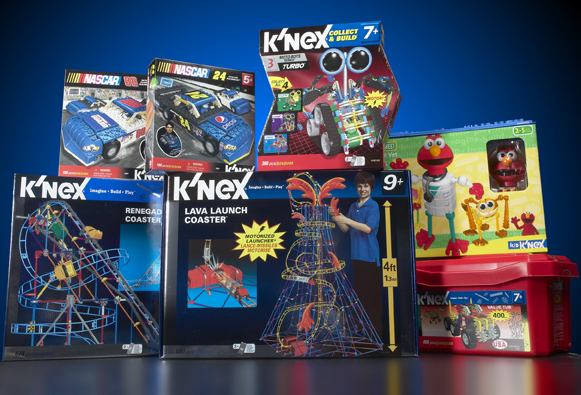 Media spotlight on The Rodon Group and K’NEX Brands

Some big names in media have crossed our threshold in the past few weeks, and we are extremely glad they did.  We have had visits and interviews with The Associated Press, The Wall Street Journal, Fox Business News, Computer World as well as various industry publications.

Michael Araten, President and CEO of The Rodon Group featured on Fox Business

Liz Clamen, co-anchor of After The Bell, a Fox Business News program, featured an interview with The Rodon Group and K'nex Brands President and CEO Michael Araten.

What better way to ring in the New Year than with a commitment to buying American-made products.

2012 was a year full of honors, recognition, milestones and memories at The Rodon Group.  We continued to show growth in revenues as well as customer acquisition.  Our “Cheaper Than China” pricing policy received high praise from colleagues and contemporaries alike.

And, we topped the year off with a visit from President Obama.

We spent a good deal of time this year promoting our “Made In America” initiatives through kindred organizations and websites.  Our company joined with hundreds of others on Manufacturing Day as part of our commitment to STEM education and training.

The Upside to Hurricane Sandy

No one can underestimate the horror of hurricane force winds, driving rain and the devastation this storm had on property and human life.  However, we are Americans.  And, true to our nature, we will rebuild what has been lost and it will be better than ever.

Made in America: Trend against outsourcing brings jobs back from China

The United States may be on the verge of bringing back manufacturing jobs from China.

Harold Sirkin, along with Michael Zinser and Douglas Hohner (all experts from the Boston Consulting Group – a leading management consulting firm), says that outsourcing manufacturing to China is not as cheap as it used to be and that the United States is poised to bring back jobs from China. The three consultants first reached this conclusion in a recently published study titled “Made in America, Again: Why Manufacturing Will Return to the U.S.”

Many companies, especially in the auto and furniture industries, moved plants overseas once China opened its doors to free trade and foreign investment in the last few decades. Labor was cheaper for American companies – less than $1 per hour according to the BCG report. Today, labor costs in China have risen dramatically, and shipping and fuel costs have skyrocketed. As China’s economy has expanded, and China has built new factories all across the country, the demand for workers has risen. As a result, wages are up as new companies compete to hire the best workers.

“The tilt is now getting lower,” Sirkin says. “We think somewhere around 2015 it’ll look flat and may start to tilt in the U.S. favor at that point in time.”

By 2015,  it will only be about 10 percent cheaper to manufacture in China.

On Friday, October 5, 2012 over 200 manufacturing companies from California to Connecticut celebrated the first annual National Manufacturing Day.  Once thought of as a diminishing industry, manufacturing is making a comeback.  And, this renaissance is creating new job opportunities for technically trained high-school and college graduates.