Sally Ride and the Women of NASA

Being the subject of a Google Doodle is noteworthy, but Dr. Sally Ride’s posthumous achievements are the true sign of a great pioneer.  She received her doctorate in Physics from Stanford and went on to become the youngest and first female U.S. Astronaut to go into space.

Women Engineering Their Way to the Top

Female engineers who have achieved top jobs at major companies

These executive women lead some impressive companies including IBM, General Motors, PepsiCo, Lockheed Martin, DuPont, Archer Daniels Midland and Fidelity Investments to name a few.  And many share one other common trait, they have engineering backgrounds.  In fact, 4 out of the 5 top female CEOs in the U.S. have at least an undergraduate degree in a STEM field.

Let’s take a look at some of these impressive leaders

IBM CEO, President and Chairman, Ginni Rometty, began her education with a double major in computer science and electrical engineering at Northwestern University.   Spending most of her professional career at IBM,  Rometty held positions on increasing responsibility until being named the company’s first female president in 2012.

The importance of women in STEM

As an American manufacturer and a family-owned business, we are constantly looking for ways to support the future of not only our company, but other American manufacturers. We know the impact of STEM education on today's youth and often provide high school and college tours to students who are interested in careers in STEM related fields.  We bring students in with their educators, and often other administrators to discuss the importance of science, technology, engineering and math (STEM).

It's a wonderful thing to see their eyes light up as we tour them through our automated facility and listen as they ask questions about machinery, robotics, plastic, processes and more.  The majority of the students are curious, interested, excited.  The majority of the students are also male. As a mother to a daughter who is interested in a career in engineering, I know how important it is to get girls involved in these opportunities early on.  So what can we do to help nurture these young women and help set them up for a successful career?

A new Accenture manufacturing and skills study, completed in collaboration with The Manufacturing Institute, looks at the skills shortage in the US manufacturing industry and what actions manufacturing companies can take to address how this lack of talent pool of skills for manufacturing jobs impedes growth.

Below this write up you will also find a very cool infographic, so be sure to check that out at the end of the post.

The study includes responses from more than 300 executives from a diverse range of US manufacturing companies. It confirms that the current period is favorable for U.S. manufacturing, which has exhibited steady growth in recent years. The study shows that more than 50 percent of companies surveyed plan to increase U.S.-based production by at least 5 percent in the next five years.

However, the results also reveal a major challenge that could dampen future growth prospects - a shortage in the skills required to perform essential tasks for manufacturing jobs today and innovate for tomorrow. U.S. manufacturers may lose up to 11 percent of earnings annually as a result of increased production costs driven by a shortage of skilled workers.

There has been a great deal of attention paid to the skills gap facing American manufacturers. The gap needs to be addressed before we can develop the engineers and technicians of the future. A study from The National Defense Industrial Association reported that between 5th and 12th grade, 74% of the children do not have access to or interest in STEM the coursework they need to thrive in today's advanced manufacturing environment. Without this baseline education, our young people will not be qualified to fill the highly technical careers that are now the benchmark of a manufacturing environment.

But there is hope. Many companies are addressing this gap by working with local educators and school administrators to support and encourage STEM education. Some organizations partner with workforce development agencies to identify and groom future manufacturing candidates. Still others are using the “old” model of apprenticeships to grow their own talent internally.

ThomasNet recently posted a blog article that focuses on the future of manufacturing jobs and how the millennial generation apply. Linda Rigano, ​ThomasNet's​ Executive Director of Media Relations​ states " With new lines of products and services pairing with a steady trickle of Baby Boomers retiring, the industry is set to have a sizable uptick of job vacancies. As manufacturers increase headcount and look to fill current openings, a very valid question pops up: Who exactly will fill these jobs? Well, there’s a number of socially conscious, innovation-driving, job-hungry individuals seeking careers with security and growth potential — millennials."

Every year ThomasNet conducts their Industry Market Barometer® which defines the business trends impacting manufacturing companies. This year's survey subtitle was "Will progress be sustainable without an infusion of younger workers?"  The summary of the report indicates that manufacturing companies are projecting upward trends and continuing to grow, hire and add new products.  "More than half (58%) of the companies surveyed grew in 2013 and 63% expect to grow by the end of 2014."  However, growth may be impeded by a lack of skilled workers.  Here is a sampling of their findings.

Not only have manufacturers experienced steady grow, but they expect the trend to continue.

Hiring veterans is the focus of the Get Skills to Work coalition, a collaboration sponsored by General Electric that combines manufacturers, educational institutions, and veterans advocates to prepare our soldiers for manufacturing careers.

According to the website "The Get Skills to Work coalition wouldn't be possible without the support and partnership from Alcoa, the Atlantic Council, Boeing, Futures Inc, the Gary Sinise Foundation, GE, Institute for Veterans and Military Families, LinkedIn, Lockheed Martin, the Manufacturing Institute, TechShop, and others. The Get Skills to Work Advisory Council has also played a major role in advising the coalition from the veterans' perspective. By helping veterans qualify and get hired for new careers, we can close the skills gap and enhance America's advanced manufacturing sector."

In this video, Gary Sinise describes the mission of the program. 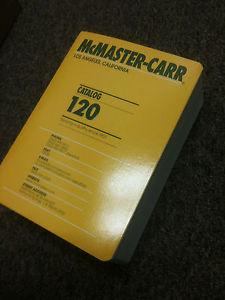 This past weekend I took my son to see the movie Big Hero 6.  We were at Disney World recently, and the movie was promoted all over the parks.  Needless to say, my son loves anything superhero or robot related, so this was a must see on our list.  The movie is about a young boy named Hiro who lives in a futuristic city. Hiro is a 14-year-old robotics genius who spends his time participating in back alley robot fights. His older brother, Tadashi, worried that Hiro is wasting his potential. He takes Hiro to the robotics lab at his university, where Hiro meets Tadashi's friends, and Baymax, a personal healthcare robot Tadashi created.  When a devastating event befalls the city of San Fransokyo, Hiro turns to Baymax and transforms his friends into a band of high-tech heroes called "Big Hero 6." The movie centers on the special bond that develops between Baymax and Hiro.

We are not the only ones who are proud to participate in Manufacturing Day.  Since its inception in 2012, the number of participating manufacturers has grown from 200 to nearly 1,500.   American manufacturers throughout the country are going to open their doors this year for tours, presentations, training and more.  In fact, there are 68 tours in Pennsylvania alone.