A Positive Outlook for Manufacturing in Philadelphia Region

Over the past few years, we've written many articles about the state of manufacturing within the United States but thought we'd narrow in on the Philadelphia region since our facility is located about 45 minutes outside of the city. We are proud to be third generation family business located in this region. Manufacturing is a top priority throughout the nation and continues to support over 17 million U.S. jobs. Manufacturers in the Greater Philadelphia area in particular have good reason to be optimistic about the outlook for 2015 and 2016.

Respondents of the survey included privately held companies (94%) and public companies (6%).  An overwhelming majority (92%) expect revenues to increase this year while only 8 percent predict a decline. According to the survey "Middle market manufacturers in the Greater Philadelphia region are very optimistic about their growth outlook for 2015, and with good reason. They are coming off a year in which they realized appreciable growth and they are enjoying the current tailwind of the economic recovery. Over the past few years, many had set themselves up to take advantage of the recovery by embarking on process improvement and waste reduction initiatives. Sustaining economic and regional manufacturing momentum will require significant and continuing investments in talent, capital equipment, and innovation. Amidst a recent shortage of skilled labor, it is great to see local manufacturers getting involved to help solve the problem. We noted our respondents have significantly increased initiatives to partner with regional educators and develop curriculum and programs needed to replenish our skilled labor pool." 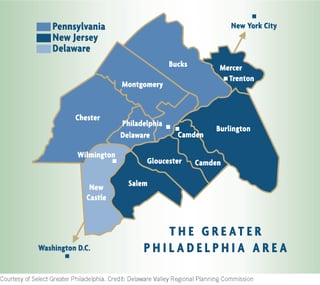 The survey found that the many manufacturers in the region are feeling the same concerns and experiencing many of the same issues being reported by their peers nationwide. There are still many companies that are not yet hiring, and those that are hiring are having trouble finding the needed talent and fit for their open positions. The shortage of skilled labor is an issue experienced throughout the industry nationwide.

Many respondents in the survey indicated that they are investing in capital equipment, a key investment for growth in the manufacturing world. Others noted investments including training and innovation.  All of these improvements are helping to build and maintain the continued growth and future success of manufacturing in the Philadelphia region.  At Rodon, we’ve seen firsthand the resurgence of local manufacturing. Our investments in advanced technology and more efficient equipment have given us a competitive edge over offshore manufacturers, making us well poised in this new economic environment.

To learn about other trends observed, download a copy of the 2015 Greater Philadelphia Manufacturing Survey at http://www.kmco.com/industries/manufacturing/greater-philadelphia-manufacturing-survey/ .

To learn more about our company and capabilities, watch our new video.