Favorite American Brands Made in Pennsylvania

American manufacturing is alive and well in Pennsylvania.  When Secretary Clinton and other key policy makers visited us a few weeks ago, we were reminded of the important role we play, not only as a U.S. manufacturer since 1956, but first and foremost as a Pennsylvania manufacturer.

Pennsylvania has a long history of industrial and manufacturing firsts.  Scranton, in the northeastern part of the state was the first city in America to be electrified.  Titusville, Pennsylvania was the birthplace of the oil industry.  Iron production first began in this state in 1716 and within 100 years coal was fueling industrial growth. 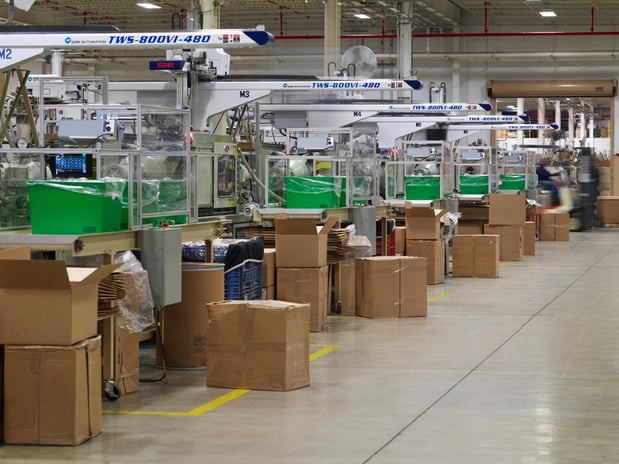 Manufacturers benefited from all of this industrial development.  Philadelphia and Pittsburgh established themselves as hubs.  Philadelphia became known for manufacturing textiles, chemicals, metals, furniture and pharmaceuticals. The western city of Pittsburgh became known for heavier industries including iron and steel production.  It was also the birthplace of the H.J. Heinz Company, makers of the ubiquitous iconic condiment we have all grown to know and love today, Heinz Ketchup.

While manufacturing throughout the state has seen its ups and downs, recent history shows a strong upward trajectory. These statistics reinforce the importance of manufacturing to Pennsylvania’s economy and the role it played in fostering many iconic American brands. The Rodon Group is honored to be part of this tradition. We've been manufacturing K'NEX building toy parts since they were first introduced in 1992.

A great way to get an inside glimpse of these Pennsylvania manufacturers is to check out their websites and look for factory tour videos, like this one from Bollman Hats:

Here are some other iconic brands that are still being made in Pennsylvania today: