The mere mention of robots taking over manufacturing sends apocalyptic terror throughout the factory. Tales of an army of zombie robots replacing workers may sell news stories, but it is far from the truth.There are many key differences between robots and zombies.

Let’s begin by pointing out the obvious. 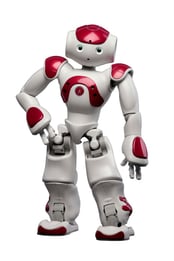 So go ahead, get your geek on, and hug a robot today.  And, if someone tells you that the Robot Zombie Apocalypse is here, bite them.