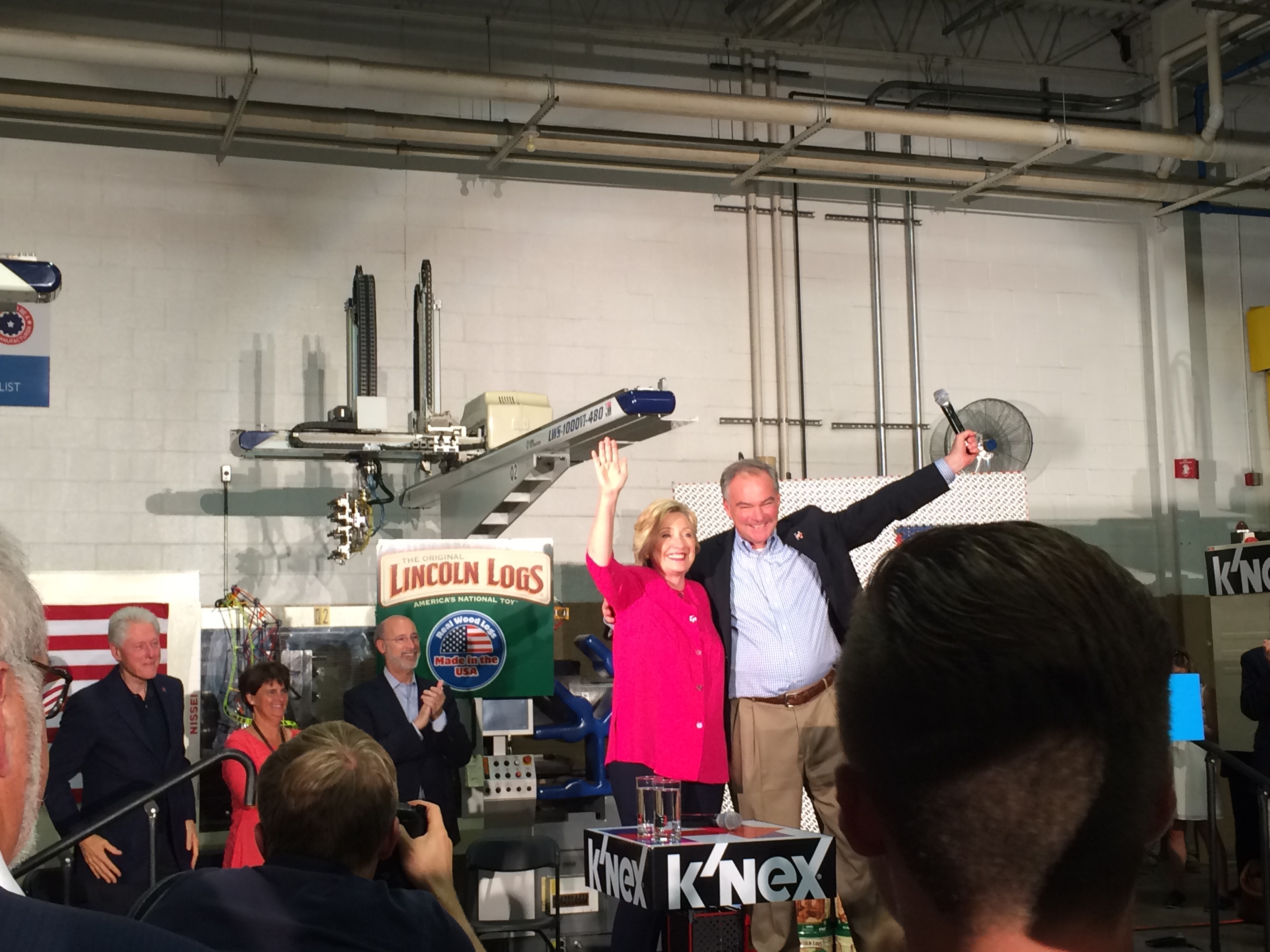 The last week in July was a hot one for the Philadelphia region, but it didn’t wilt the spirits of the employees at The Rodon Group and K'NEX as they hosted Secretary Hillary Clinton and Tim Kaine’s first campaign stop after the Democratic National Convention. Regardless of your party affiliation, this was a proud moment for our company, to be chosen to host this historic event, the first leg of a Presidential race never before seen in our country.

4 "Made in America" Buying Tips for July 4th

There is no better time than the Fourth of July to begin a "Made in America" buying tradition. You can start by checking labels. Nutrition labeling on food tell you what contents are in a product. Country of origin labeling tells you where the contents came from and where they were assembled. With a few exceptions, the government does not require this labeling; however companies are typically proud to display their "Made in the USA" origin. More than ever, American consumers are looking to purchase products manufactured here, support jobs throughout our country and fair working conditions, and ensure quality products. 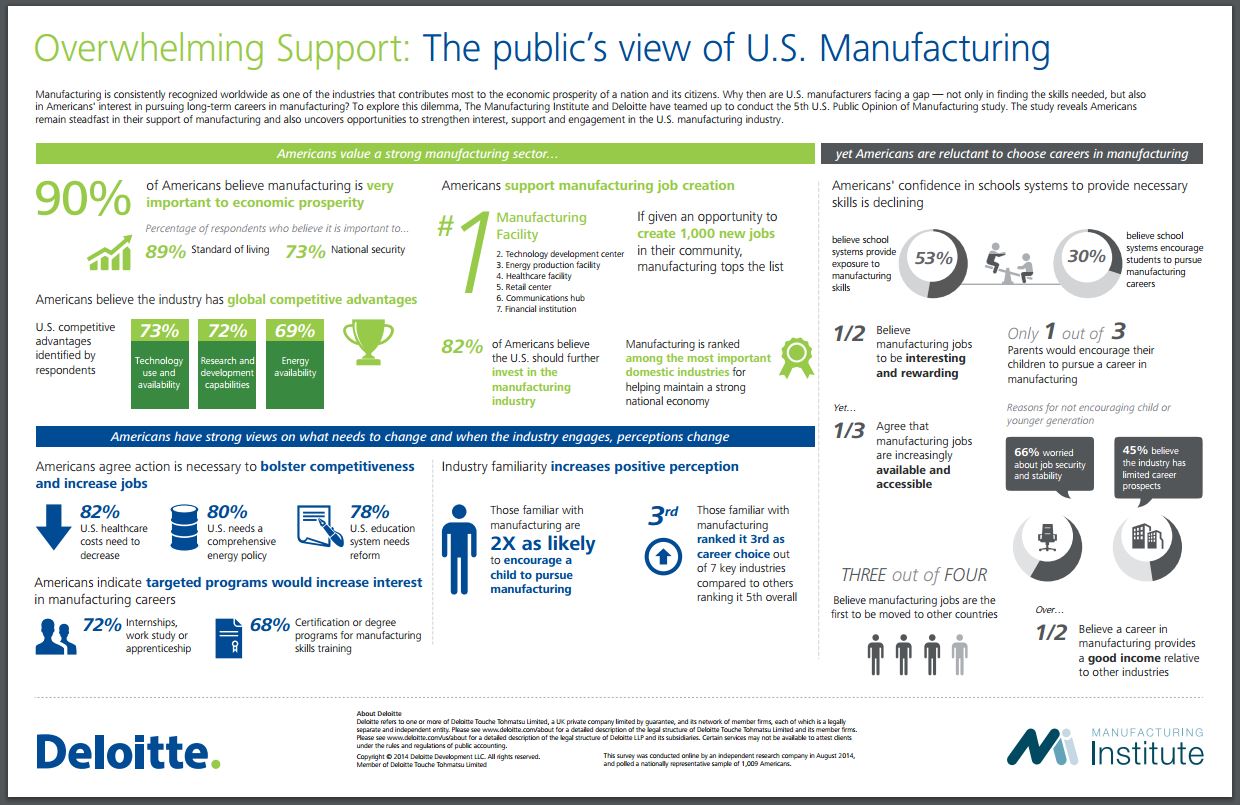 A Brief History of the American Manufacturing Industry + Infographic

This article written by Adam Robinson originally appeared on the Cerasis blog on October 28, 2015

In today's post, we feature a great infographic below from a joint report by Deloitte Manufacturing and the Manufacturing Institute. Before featuring this information so that manufacturers understand how the public views them, let's first go through a brief history of the American Manufacturing Industry by highlighting some moments & inventions that changed the way of life as we know it. 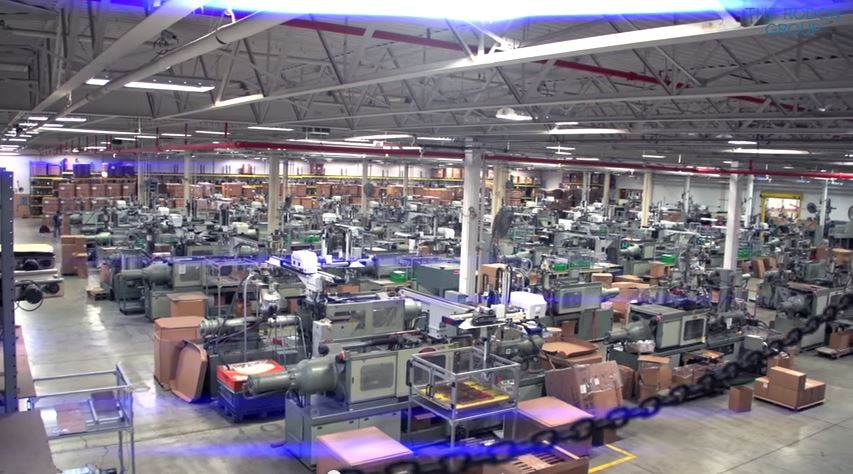 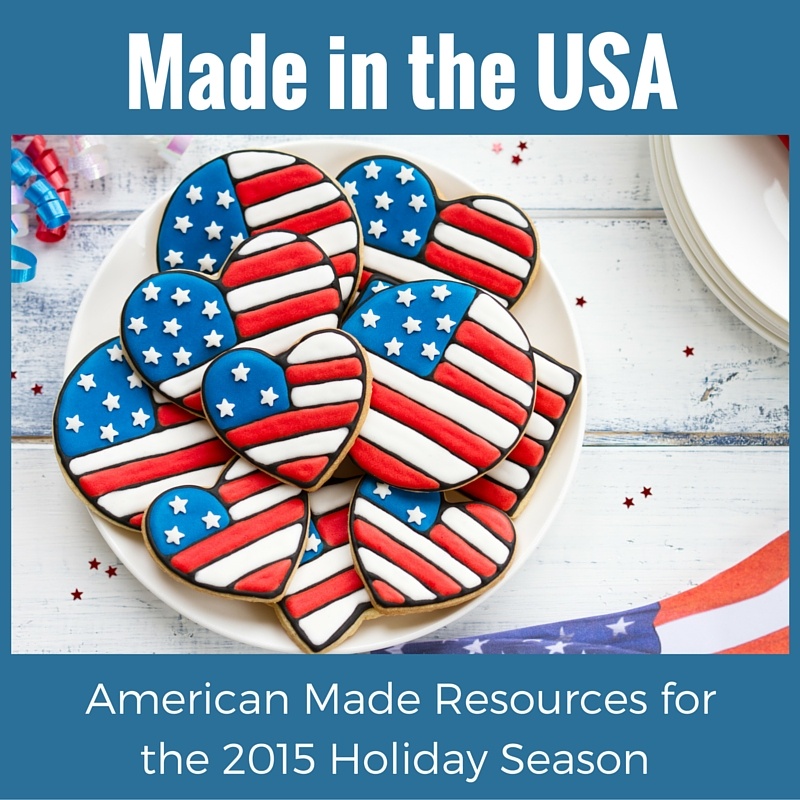 Holiday 2015: American Made Gifts & How K'NEX Parts Are Made

With the holidays right around the corner, we thought you might like to hear about some of our favorite gift resources for products made in the U.S.A.  As you're out shopping (or in your PJ's shopping online) try taking an extra minute to look for gifts that are made here in the U.S.  As an American manufacturer and a sister company of K'NEX construction toys, we wholeheartedly support buying U.S. made products all year round but especially during the holiday season.

American Made Matters Day: A Celebration for the Holiday Season

American Made Matters, an organization dedicated to educating consumers on the importance of buying American-made products, is holding the 3rd annual American Made Matters Day tomorrow, November 19th. The purpose of the event is for consumers to buy at least one U.S.-made product on this day, and to encourage consumers to buy made-in-USA products throughout the upcoming 2015 holiday season to show their support for U.S. manufacturing. 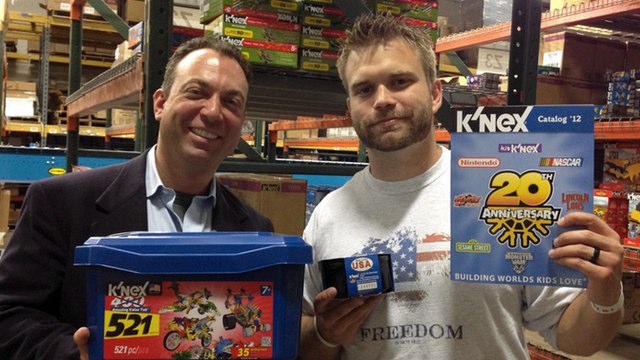 Made in the USA Success Story: An Interview with Josh Miller

In 2012, we were visited by Josh Miller, creator and producer of “Made in the USA: The 30 Day Journey”, a documentary film that dives deep into the realm of the current economic uncertainty in the United States. The film focuses on the jobs that have left our country over the last decade and the future of America’s economy. On day 15 of the journey, Josh and his team stopped by The Rodon Group and K'NEX facilities to learn about how we've made our plastic parts in the U.S. since 1956.

Plastic Innovations for a Healthier Planet

Advances in the development of new and improved polymers have led many engineers and product designers to re-think their use of more traditional materials in the manufacturing process. Parts once thought of as impossible to create using plastic, are now being designed with polymers at a higher rate than ever before.

Plastics have historically offered many advantages over other materials, particularly metal. Plastic parts are lighter and afford more design flexibility. They tend to be less expensive than metals and need little if any finishing or additional assembly. And today's innovative polymers are developed with the environment in mind. Using bio-based solutions and easily compostable materials, the goal is to leave as little impact on the planet as possible. 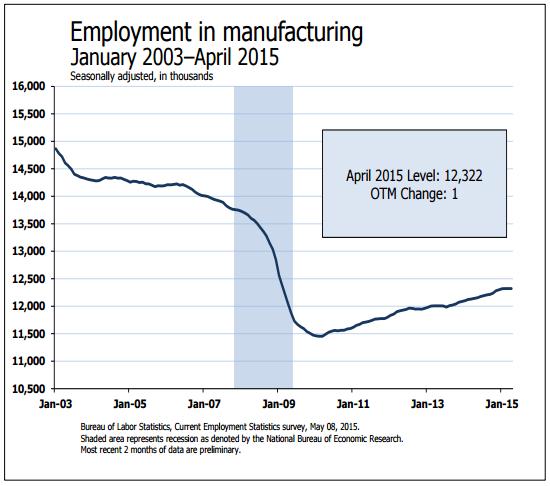 This article written by Adam Robinson originally appeared on the Cerasis blog on May 11, 2015

With the release of the May 8, 2015 Jobs Report, many businesses and employees within the manufacturing industry have grown concerned. According to the report, the average number of total US manufacturing jobs in the United States changed very little since April. Furthermore, this report represents the second consecutive month that actual job growth results fell short of administration expectations. At the heart of the jobs issues, rests an unusual factor in a growing, stabilizing economy: US production of goods has increased while total number of US manufacturing jobs has decreased. Several key factors play into this startling fact, and failure to understand why and how current US manufacturing jobs appear to be declining could easily create a sense of impending doom for small to large businesses. To help businesses of many sizes regain control over their areas of expertise, here are the primary reasons today’s US manufacturing jobs have trodden back into the trenches of a once-powerful, assembly-line-laden economy.